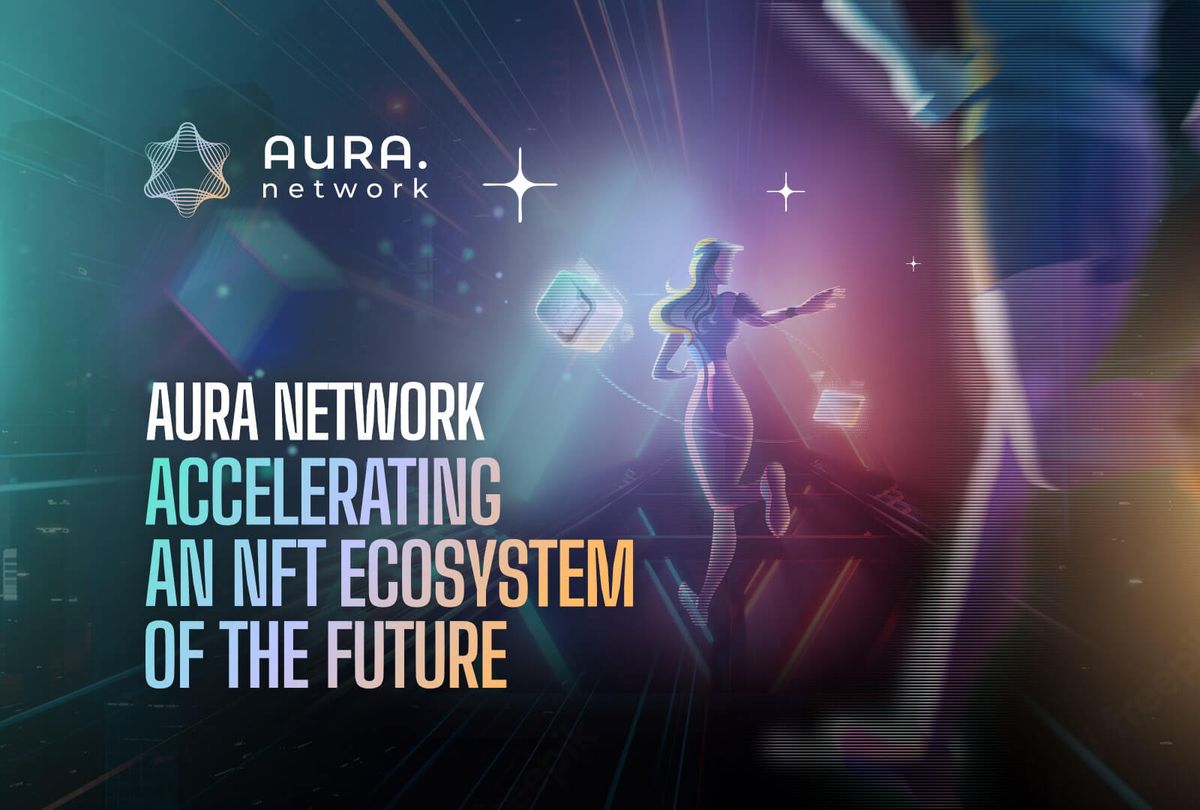 With a market cap of $2.2 billion and an all-time sales volume of over $13 billion, NFTs are the most prominent blockchain technology application to date. What started as a curious experiment has grown to find use cases spanning several industries.

The current NFT ecosystem faces structural issues that stifle innovation and the industry's potential growth. The lack of fundamental interoperability, security risks, slow transaction speed, high gas fees, and inadequate liquidity are all issues that stem from the current fragmented architecture of the NFT sector.

This is why Aura’s main focus is to consolidate existing NFT solutions with newer and improved offerings to accelerate mass adoption of the NFT sector. The Aura Network is an NFT-dedicated layer one (L1) blockchain built to scale NFT-based solutions and accelerate global NFT adoption. Aura understands the significant role NFTs will play in our digital future and recognizes the importance of a composable NFT ecosystem. Composability is pivotal in advancing an NFT-centric digital future that abstracts complexities for end-user adoption.

While Ethereum is the most popular blockchain for NFTs, with over 80,300 NFT collections as of April 2022,  reaching $54B. Chief among the NFT collections on Ethereum, BoredApeYachtClub still tops the charts as the most valuable NFT project. With over 6,422 addresses holding the NFT as of April 2022, its market cap reached 1.05M ETH ($3.18B). Following closely are  CryptoPunks and MutantApeYachtClub, worth 471.43K ETH and 456.23K ETH, respectively.

Other NFT standards also exist for NFT as blockchains such as Solana, Cosmos, and even polygon try to reduce the friction the ecosystem suffers due to heavy dependence on one network. Although the Ethereum data architecture and highly secure network make it a much sought-after network, it still has numerous downsides. High mint cost, slow network times, and expensive gas fees are reasons why Solana network caught up and gained traction.

Solana utilizes the Metaplex Protocol, a metadata standard and smart contract for creating NFTs. The network offers scalability and cheaper transaction costs endearing it to many. According to reports, in January 2022, Solana had an average of 55,000 new NFTs and almost 1.2 million new NFTs by March 2022.

Networks such as Avalanche C-Chain, which acts like Ethereum and is compatible with the ERC-721 standard, had about 65,728 unique addresses in H1 of 2022.

On the other hand,  Binance Smart Chain, also interoperable with Ethereum, utilizes the BEP-721 and BEP-1155 NFT standards for its NFTs. While Binance provides cheaper and faster trades and raked up 198149 unique addresses and $109Million, some still criticize it for being a centralised network.

With more blockchains like Trezos (TZIP-12), Flow and Tron (TRC721) creating a space for users to create NFTs, there is still a disconnect as each blockchain lacks native interoperability between chains and layers and was initially custom built for cryptocurrency and DeFi.

The varying layers (Layer Zero,1,2) further emphasize the decentralized spectrum of the blockchain sphere. These underpin the different interoperability ecosystems, philosophies and tech stacks that exist to address specific issues plaguing the sector, not just native to the NFT ecosystem. Periodically, we see the spring up of “shiny” solutions communicating its value proposition as one that tackles interoperability and, ultimately, scalability of the sector. For instance, The Sandbox and FlickPlay partnered to create an interoperable NFT collection between both games. While this may not fully exemplify how the NFT ecosystem can be interoperable, it showcases that with a community of aligned stakeholders (developers and collectors), the NFT ecosystem can push the limitations of interoperability that currently exist to become “better”.

As is our focus at Aura Network, an L1 network dedicated to providing a scalable architecture for developers to build cutting NFT solutions that span across retail and institutional appeal from scratch, we are ensuring that our stack is interoperable with other blockchain platforms. Rather than promoting a balkanized ecosystem where liquidity is fragmented, and protocols are always in a zero-sum game, innovators building on separate blockchains can have their protocols actively communicate with each other using the Aura SDK.

According to reports, 81% of the 100 largest global public companies acknowledge that they utilise blockchain technology.

On the other hand, Statista predicts that by 2024, Blockchain spending will increase to about $19 billion. While blockchain adoption seems to be growing, its use cases, like NFTs, are approaching adoption slowly. In 2020, Finder carried out a pool of more than 28,000 Internet users across 20 countries. The survey revealed that NFT adoption in the U.S was 2.8% lagging behind the U.K. (2.5%) and Japan (2.2%). However, by 2021, the situation will improve, with Thailand taking the lead as the country with the highest number of NFT users in the world, with a total of 5.65 million users and the U.S. coming in third place with 3.81 million.

As NFT adoption still lags behind other blockchain use cases like cryptocurrency, there is a need for increased adoption. Factors like lack of awareness play a huge role in the slow adoption of NFTs. However, the lack of security, high gas fees, almost non-existing interoperability and difficulty understanding UI/UX affect the adoption of NFT as a technology.  To solve this, Aura network provides an SDK that focuses on expanding the use of NFT across various industries.

The Aura Network is a Layer-1 blockchain built with the Cosmos SDK, using the CosmWasm as the middleware for building interoperable smart contracts. Aura also uses the Inter-Blockchain Communication Protocol (IBC) as its signature module for transporting data directly from one chain to another. With the CosmWasm and IBC,  Aura introduces an interoperable ecosystem that can allow users to build, bridge and transfer data from Atom, Terra, Osmosis or any other IBC-enabled chains. Beyond Cosmos app chains, as an IBC-enabled chain, Aura is positioned as the missing puzzle for the NFT sector for liquidity-rich ecosystems like EVM and Ethereum (looking to implement light client technology interoperable with IBC) and other ecosystems.

This means that developers can expand the reach of their NFT applications  using Aura’s one-stop destination for minting, evaluating, querying, and transacting NFTs. And as developers look to newer stack for architecting their ideas, they can turn to Aura for custom-made architecture, better performance, security, utility and interoperability.

With the ease of building and moving NFTs, Aura, as a sovereign, NFT-centric ecosystem, will accelerate blockchain adoption amongst brands, influencers, IP owners, and game creators.

Aura Network aims to utilise its SDK to bring more adoption to the NFT market by helping local businesses, game studios and IP owners to tokenize their portfolios and scale to a global

level using NFT/metaverse ecosystem. Here are some features of the Auratech stack.

AuraScan: Aura offers a blockchain explorer with extra features that can be integrated into NFT DAOs, enabling users to carry out activities like governing, staking, NFT notifications, et. c.

Pyxis Safe: This is a Gnosis-safe-inspired multi-signature wallet. The pyxis safe provides a  secure solution for managing NFT multi-signature assets. It also contains integration APIs and SDKs that will help bring NFT assets to Metaverse networks as Aura provides the infrastructure.

NFT Hub: NFT and Metaverse users with the aura network can interact and join community-building endeavours in the Aura NFT Hub.

Playground: The playground is an open source web-based Smart contract IDE that aids developers in learning and teaching about the Aura SDK. The playground takes through the entire development process as they build on the Aura Network.

The NFT ecosystem continues to grow, and more innovations are reducing the fragmentation. To further advance the utility of NFTs, more adaptable solutions for unconventional use cases are being created. A report by Nonfungibles shows  that 10 to 20 thousand people are interested in buying NFTs weekly. This number could be positively impacted by solutions that not only promote scalability but interoperability, thereby setting the ground for a more composable NFT sector. Aura Network is not just building an SDK that can enable brands and collections to create NFT solutions easily but one that is interoperable with other existing solutions that further allows for composability where end-users do not care so much about which technology their applications run on but how well their user experience continues to grow over time. 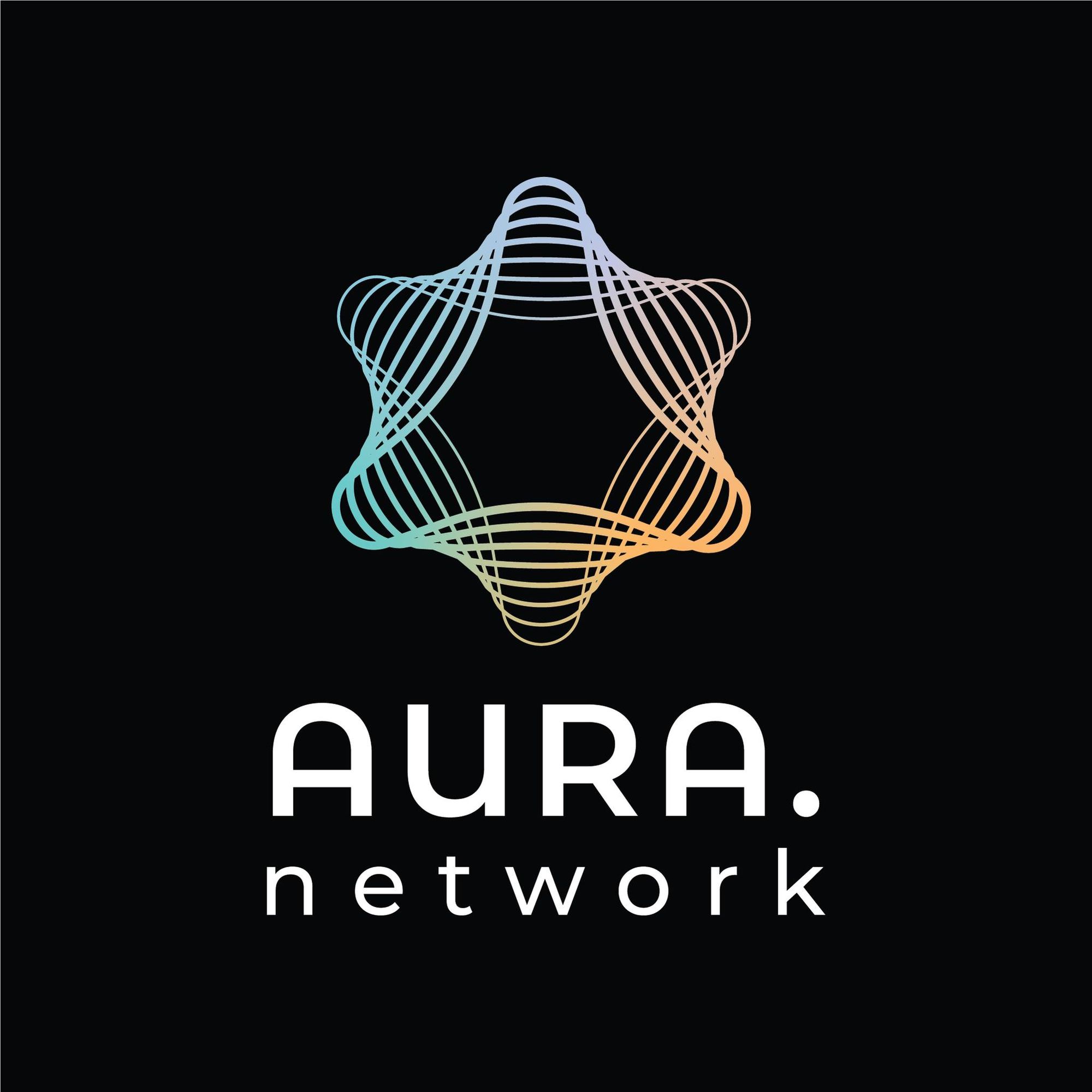 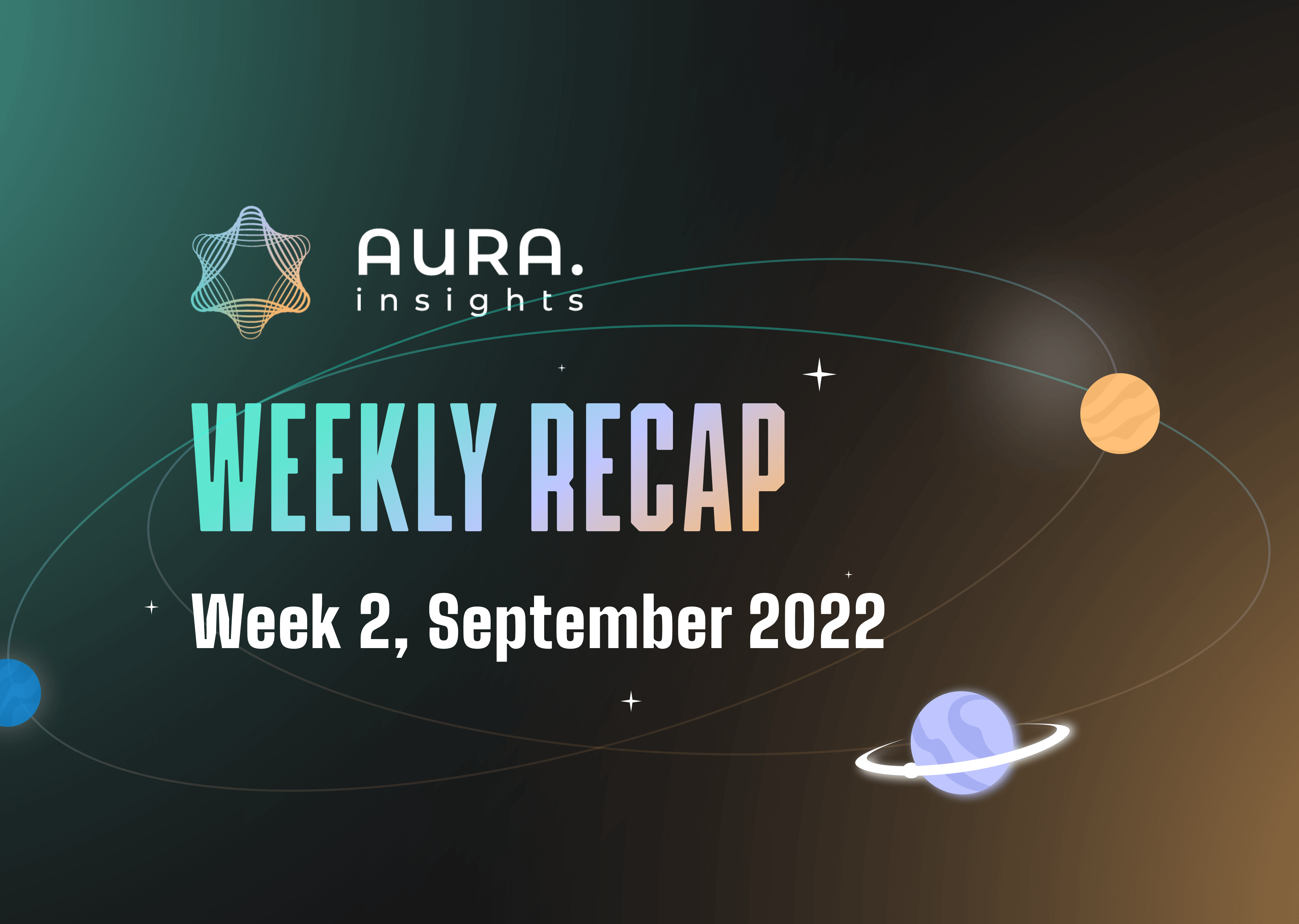 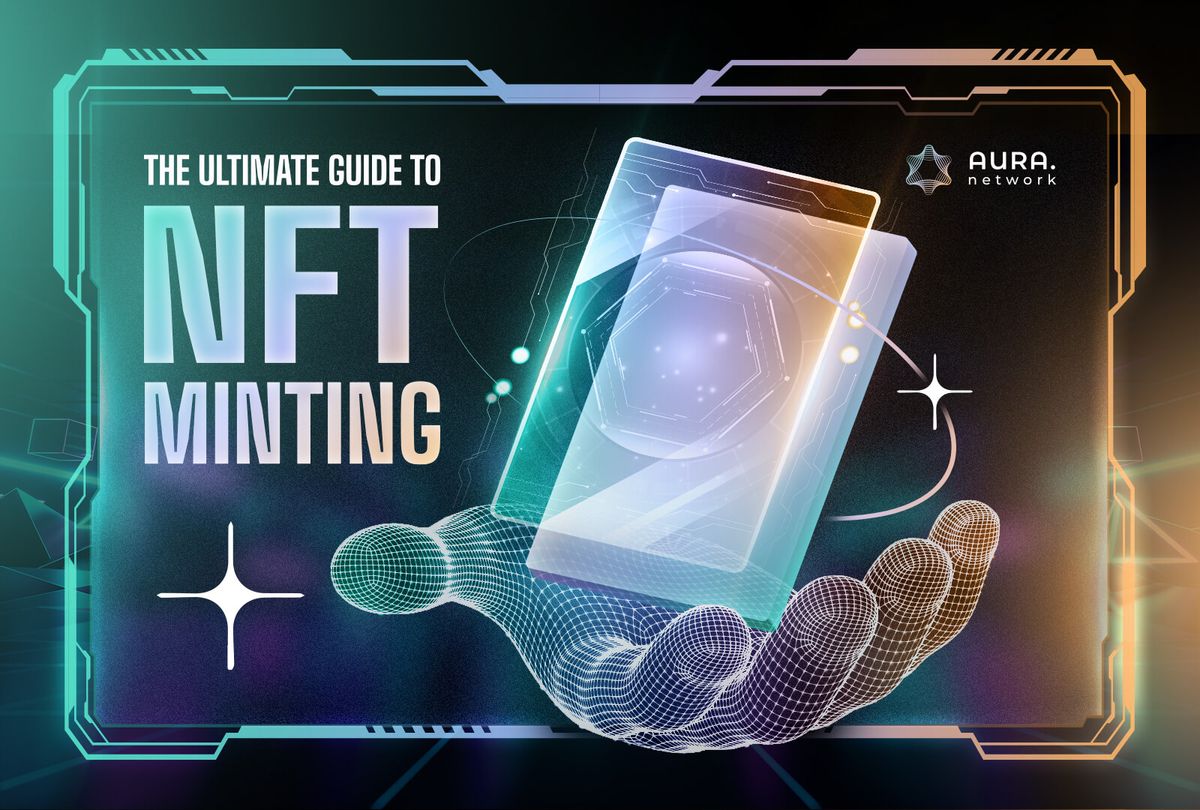 The ultimate guide to NFT Minting 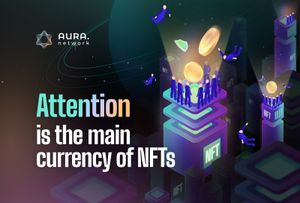 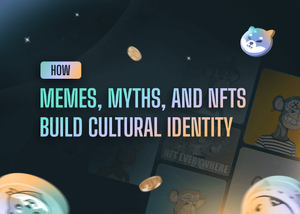 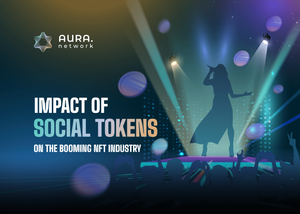 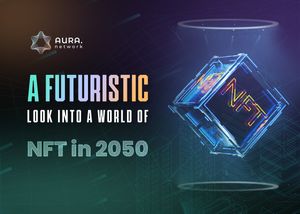